An expert companion for selecting, storing and cooking meat

We were charged with updating the existing Ask The Butcher app – a simple, but popular information driven app with basic features. We wanted to bring a host of new features to the table, helping to create a complete and streamlined cooking process for the user, one that started with choosing what to buy for the cooking process itself. As a food personality, Anthony Puharich (owner of Vic’s Meats) was eager to shift the app from simply being a utility to the more genuine, human experience one would get from chatting to their local butcher. The ability to ask Anthony a question directly through the app would connect people with a celebrity butcher that loves meat as much as they do.

In addition to reimagining the app itself, we created a completely new brand identity for Ask The Butcher – in line with Anthony’s upcoming TV show on the Lifestyle FOOD, and traversing a new, dedicated website and his social channels.

We simplified the app into four main user journeys, so the user was directed down specific paths depending on their situation/needs.

Inspired by butcher sign writing, blackboards, paper and environment of New York in the 1930’s with a modern premium twist. Using bold typography and cut illustration, simplified animal iconography as opposed to Raw meats, which a user can not really identify with.

Raw meat can look confronting so we decided to use illustration to represent meat cuts.

Colours were derived from the marbling of the meat and flesh tones. Warm colours were used to make the aesthetic appetising. Sketchy, rustic feel to the type lock ups and imagery. 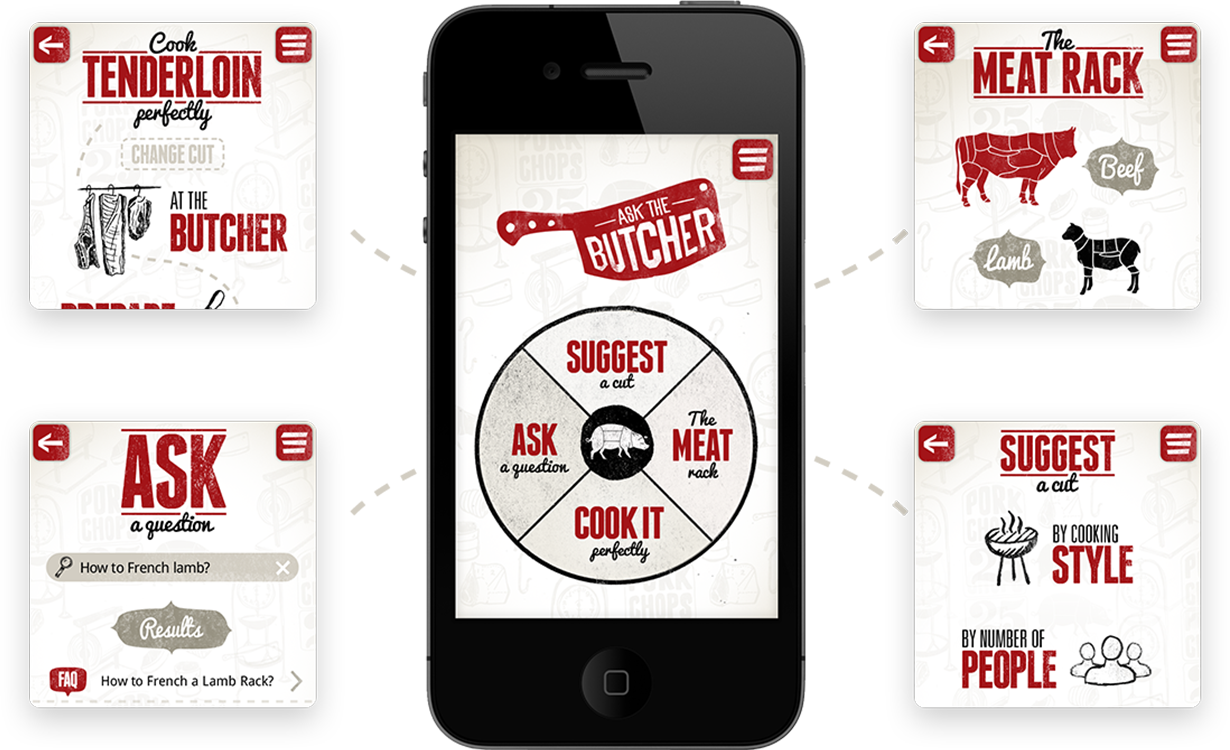 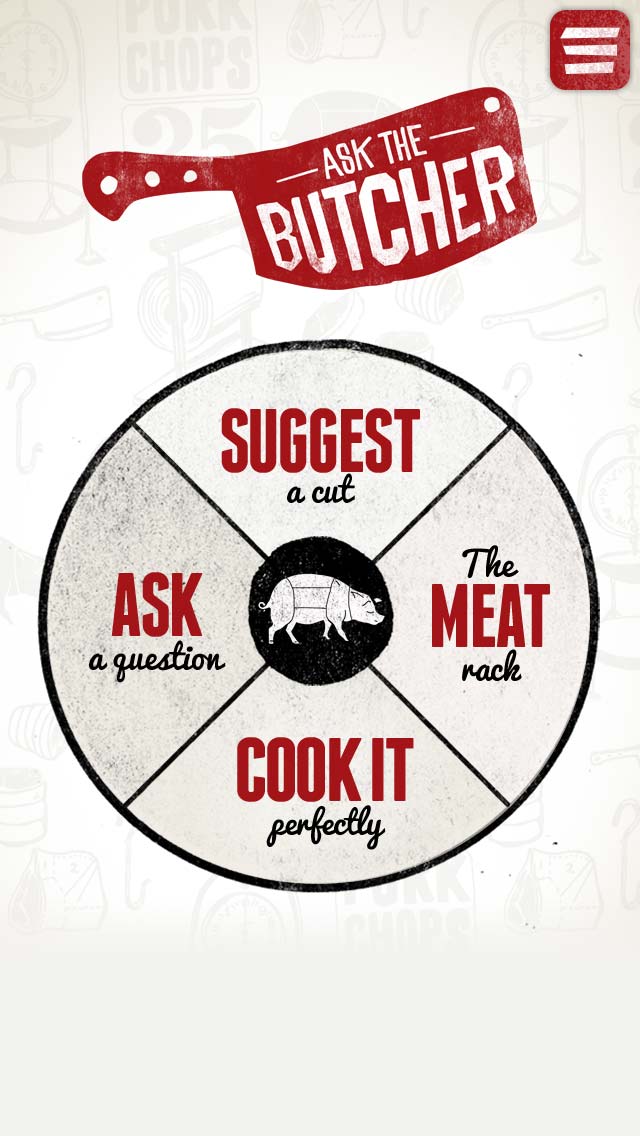 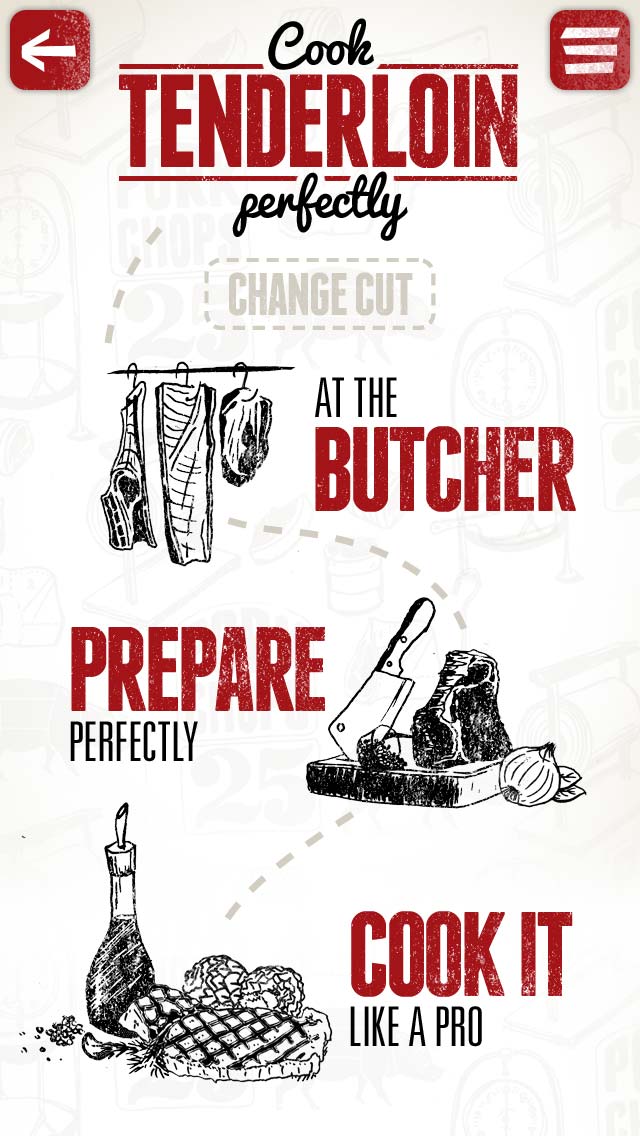 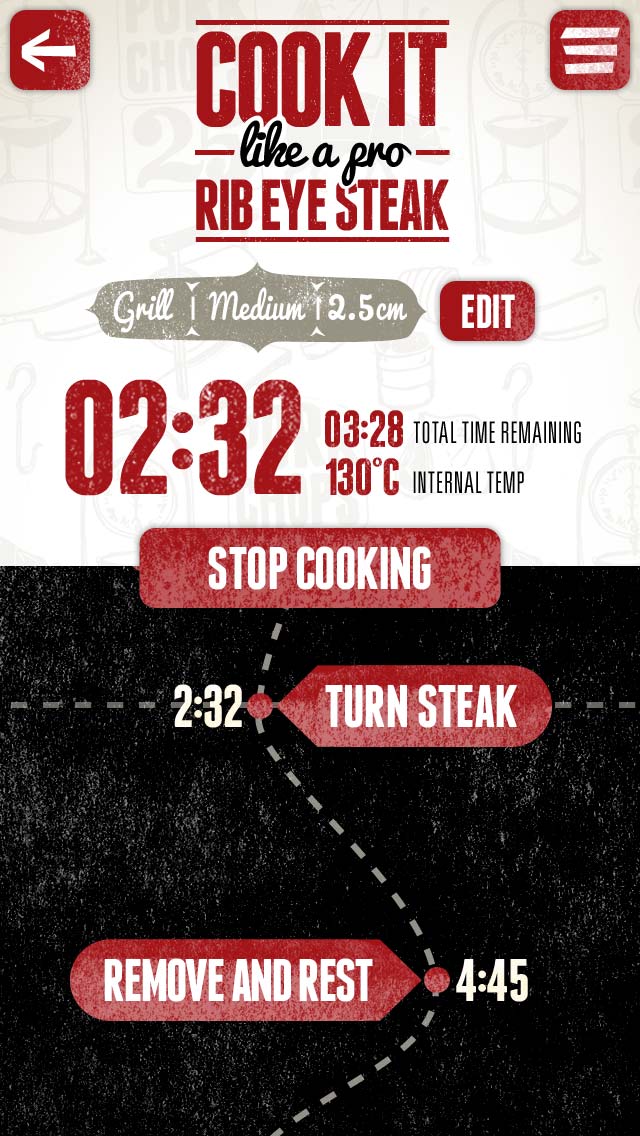 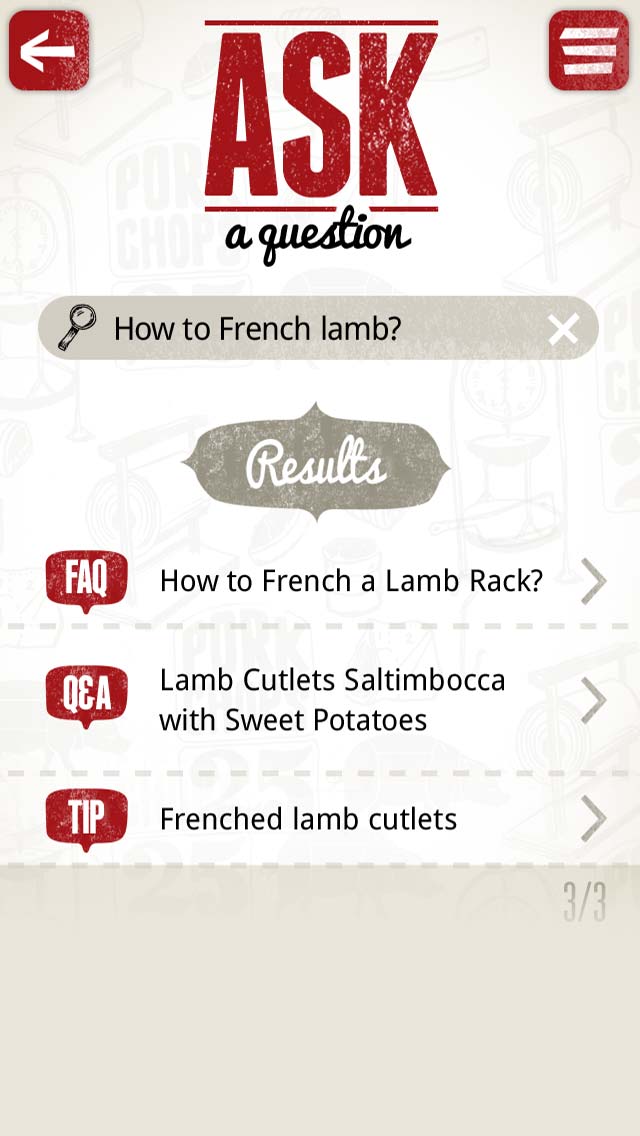 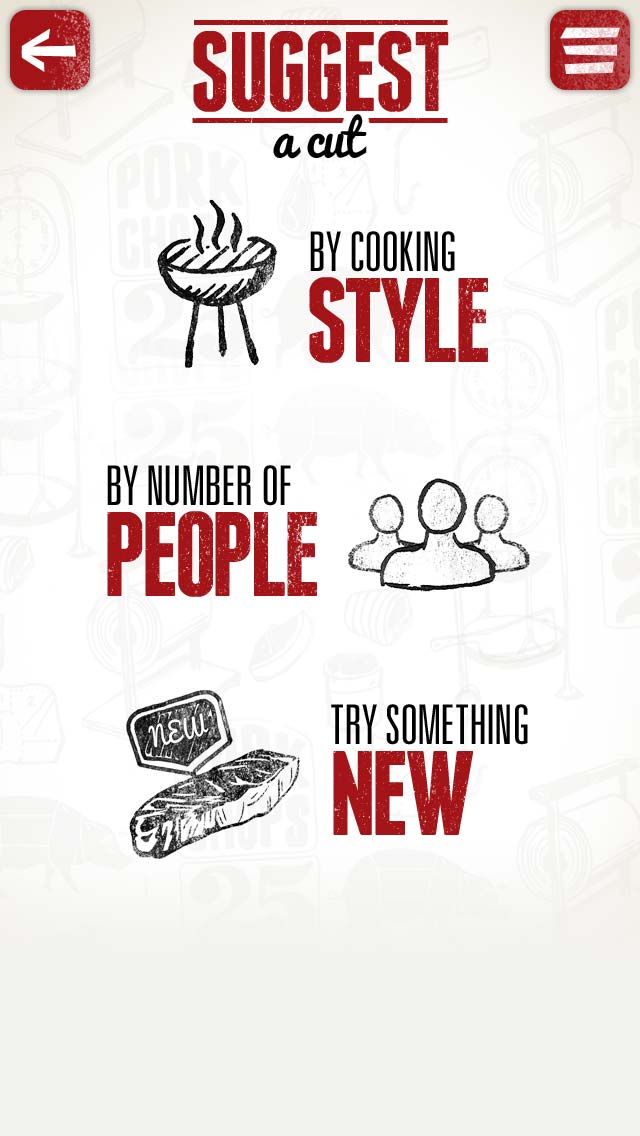 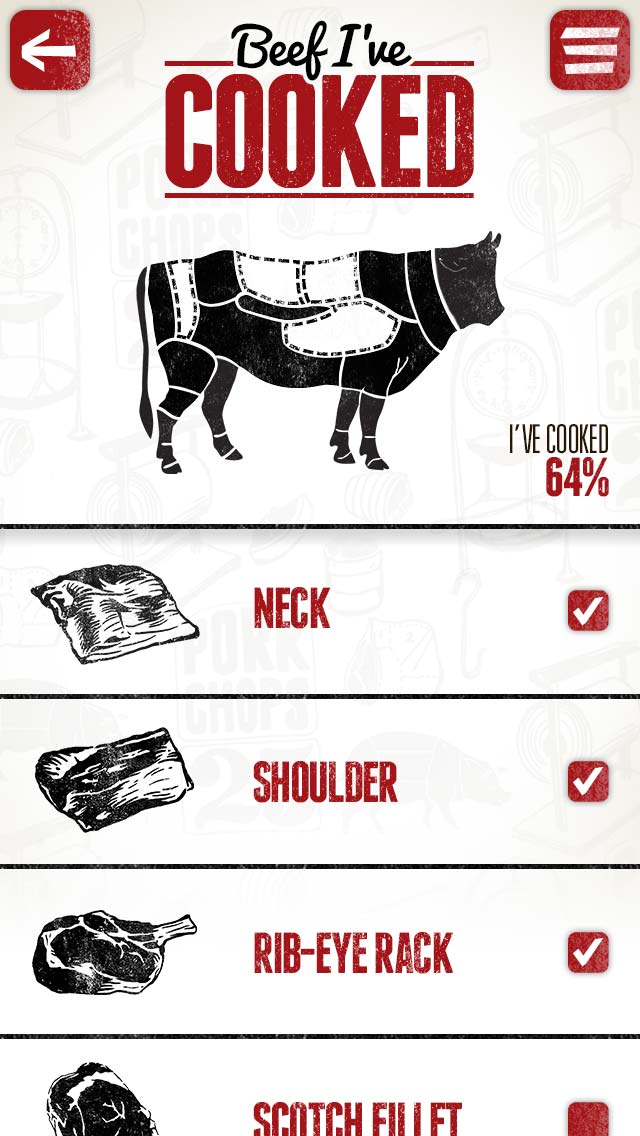 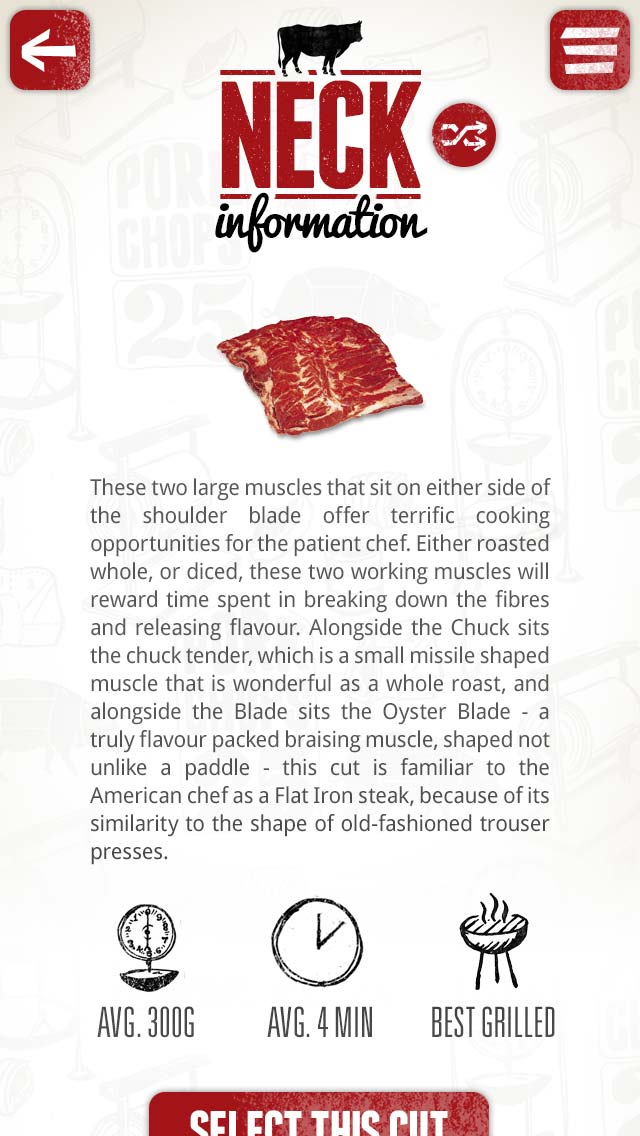 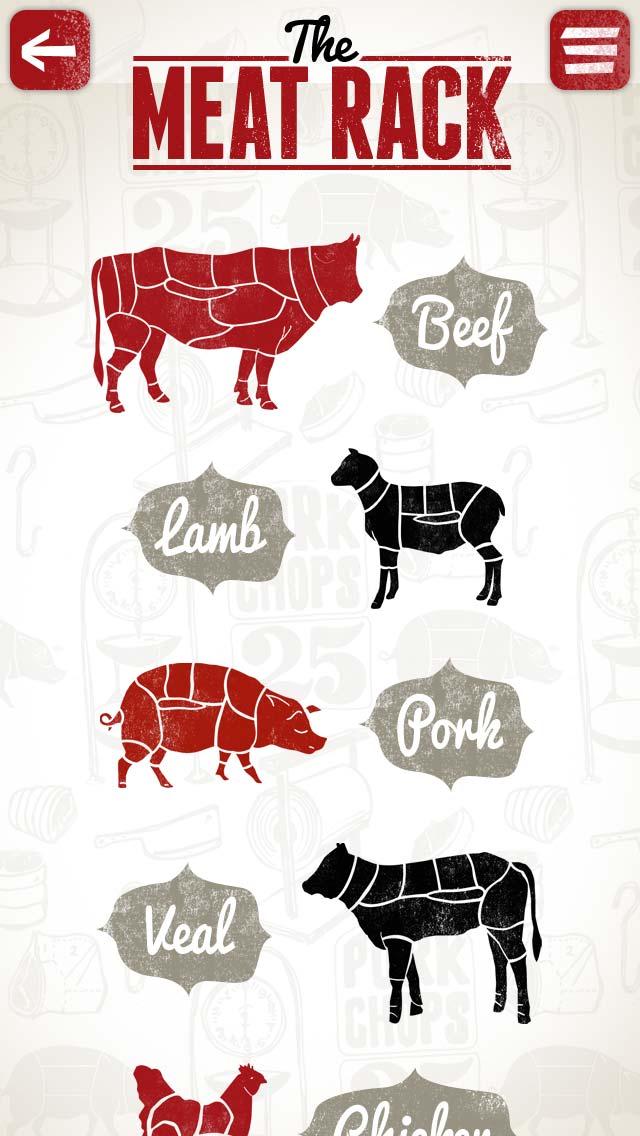 Each type lock up included iconography together with a scriptive and bold font face. I type set over 50 headings for each animal cut. 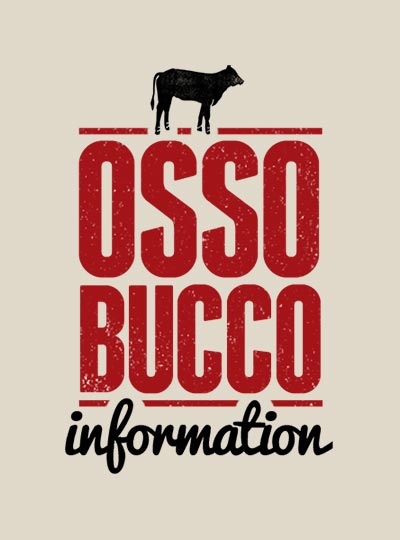 I created a Visual language to help users identify with certain categories and to match each animal type and cooking style. This simplified the story/recipe to the user using a few quick illustrated icons. 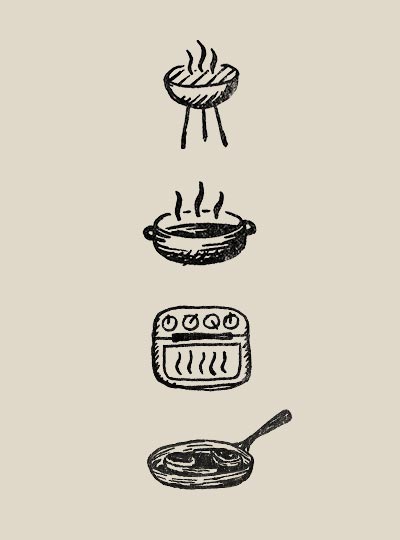 To encourage users to explore new varieties of meat cuts and educate them on meat cuts they normally wouldn’t think to eat, we created ‘What I’ve Cooked’. What I’ve cooked is an incentive-based game, whereby a user can see what part of the animal they have cooked in a visual illustration and have yet to experiment with. The more meat cuts users cooked the higher their score/percentage of total meat cuts. We invented creative names for each percentage range the user reached. 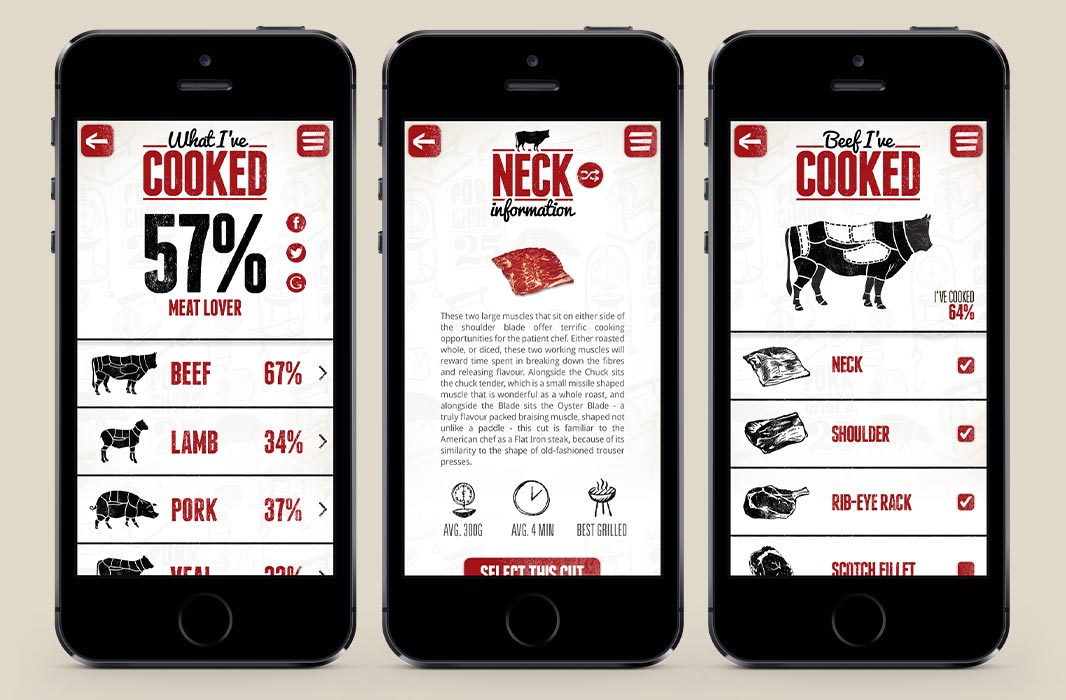 Using blocks and type lockups taken from the illustrative brand style established from the app, we created a vibrant and stylised landing page that was a cross-section of the entire site. The site surfaced a vibrant tangle of content showcasing social aggregation and promotions, recipes and TV. The masonry blocks translate well for responsive devices and proved to be an engaging introduction to the new Ask the Butcher. 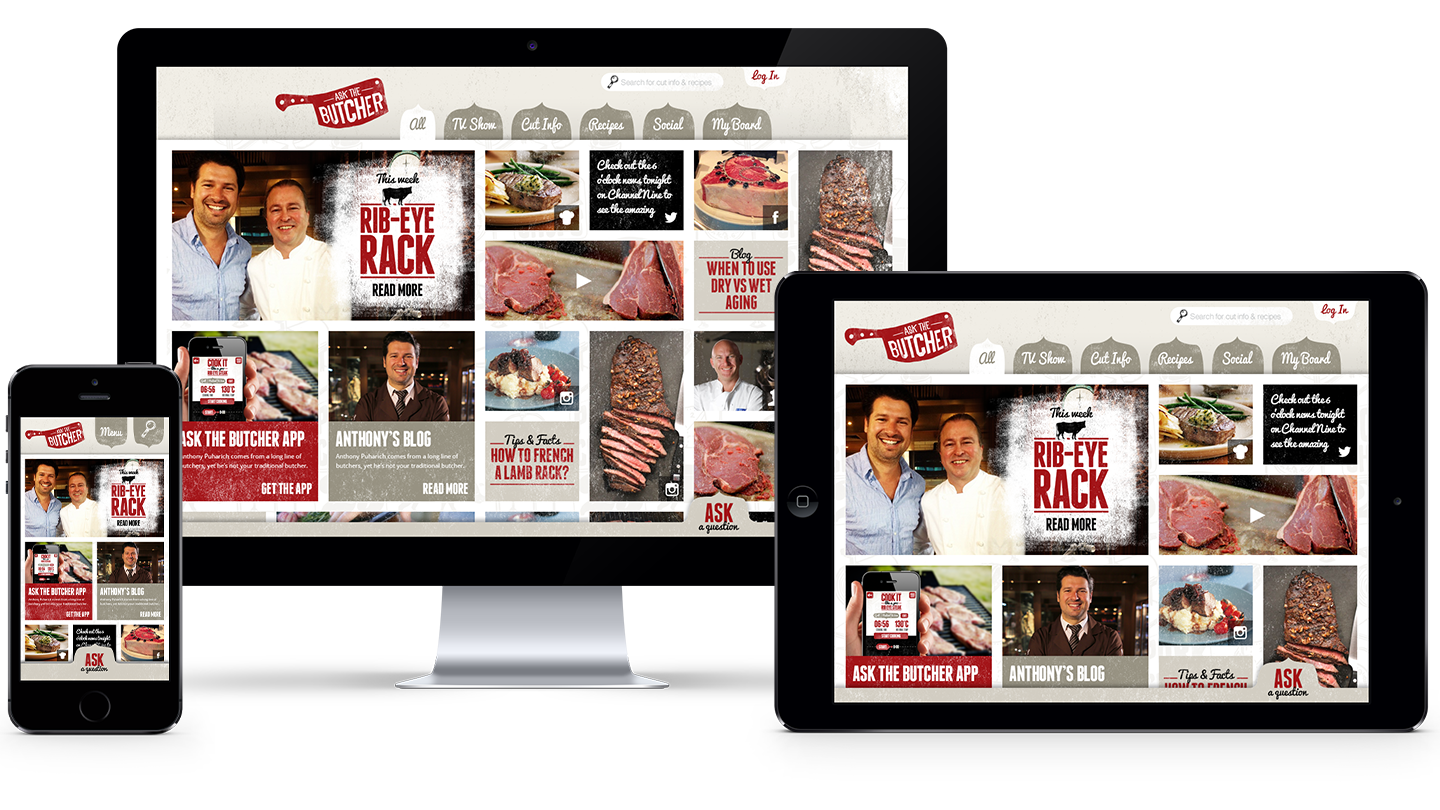 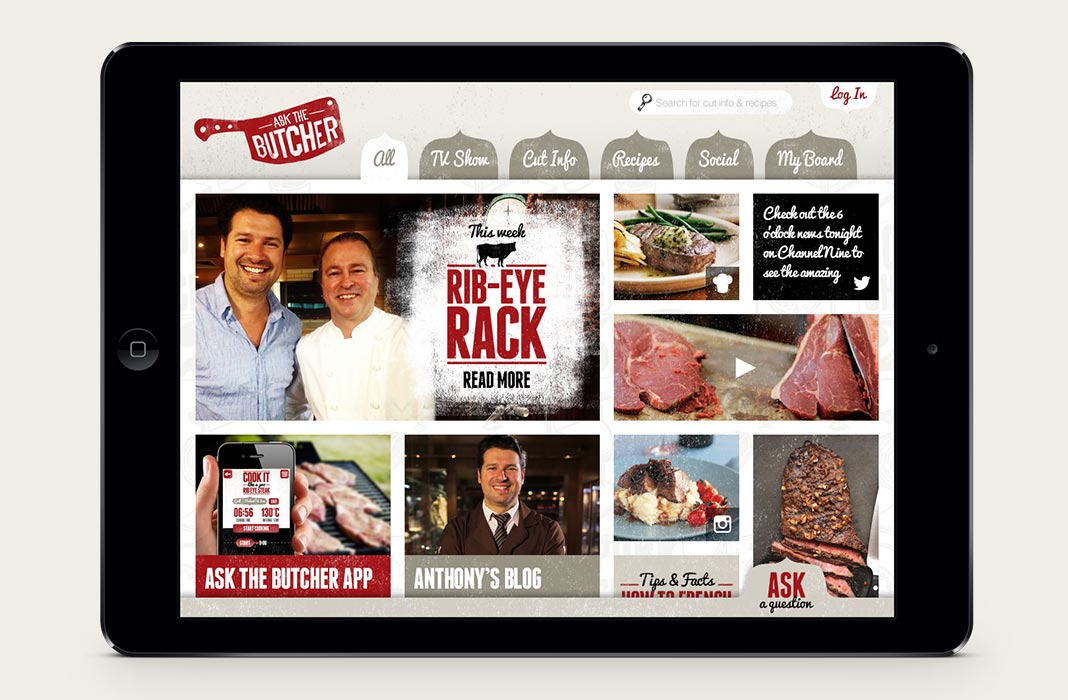 This site host operates its service in all data centers and at its headquarters with guaranteed sustainable green electricity from hydropower.